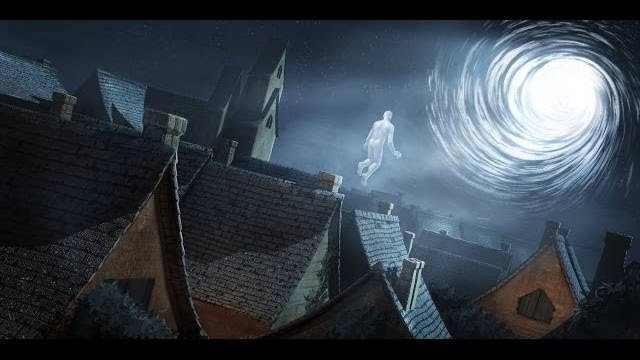 Have you ever thought about the fact that souls actually exist? One Russian scientist, Dr. Korotkov, argued that the soul does exist, and has the evidence to prove it.

To prove that there is something more beyond death, he has a photograph of a soul leaving a body, and we are going to explain exactly how he did it in the text below.

The idea that people have a soul is something that has existed for a pretty long time. But also, thoughts are still divided on this particular subject.

Some people do not believe that the soul exists. Trying to prove it is very similar to trying to prove that gravity exists. You cannot see it, but you are aware of its existence.

So, this professor and scientist from Russia, in the nineties developed an interesting machine. This is something that has been re-build over and over again through time, but in different means.

He gave the name GVC to this device, which measures the bioenergy in all living organisms.

What is used in it is a small electrical current which is connected to your fingertips and it takes less than a second to receive signals from your body. So, when these electric charges pulse their way through the body, the body responds with an electron cloud created from light protons.

This exact cloud can be captured with a CCD optical camera, and then translated in a PC.

Each of the fingertips and signals they send represent a different part of the body. The computer then creates the whole picture which is made out of a cloud, correspondent with a different chakra.

According to the ancient Indian medicine, each part of the fingertips are in contact with a part within us. They also claim that there are seven main points or chakras in our body, which are the center of our body.

So, Dr. Korotkov took this idea in order to create his machine.

The main chakras are colored in different colors, depending on how much we put intothem, mentally, physically and emotionally. The farther your chakra is from the center, the more you need to maintain it and work on it.

This means that you need to work on yourself more in order to maintain the chakras open, active and clean.

Korotkov also claims that the blue force you see around the body is the moment of death, when a soul leaves the body forever.

He furthermore claims that people who have had an unexpected or a violent death have their consciousness confused and they haven’t realized that they’re dead yet.

This is a method which is wold wide known and plenty of doctors have relied on it, monitoring stress and even when dealing with cancer.

A lot of doctors have finally started to realize the connection between the spiritual and the physical, and the more we can deal with it, the more it will help us understand how to attend to a person from a medical point of view.