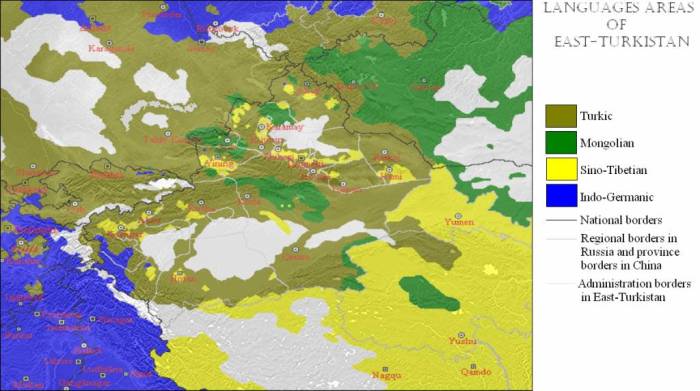 The Uyghur people, who live primarily in the Uyghuristan, have for many centuries held poetry and poets in high esteem. While many aspects of Uyghur life have been altered by social, cultural, and political change over the last century, the importance of poetry in Uyghur culture remains undiminished. Perhaps that’s why modernist poetry, which burst onto the Uyghur literary scene thirty years ago, initially inspired such vigorous debate. The modernists, overwhelmingly young and supremely confident, frequently locked horns with the old guard and stirred great interest among readers. In the second half of the 1980s, the modernists reshaped Uyghur poetry, and even conservative poets—loyal to an ancient tradition of strict meter and rhyme—were influenced by the fresh imagery and thematic range of the young avant-garde.

Among the most talented of that first generation of modernist poets was Tahir Hamut, born in Kashgar in 1969 and educated at the Central University for Nationalities in Beijing. His distinctive poems began appearing in Uyghur literary journals in 1986, and he continued publishing regularly for the next decade. In the late 1990s, he turned his attention to filmmaking, and directed a number of feature films, including the groundbreaking drama Ay guwah (The Moon Is a Witness). His production company, Izgil, has since become one of the most successful producers of Uyghur-language documentaries, advertisements, and music videos. Tahir’s poetic output trailed off in the early years of the new century, as his film career blossomed. Beginning last spring, though, he has enjoyed a midlife renaissance of poetic inspiration and productivity, arguably surpassing even his previous high point in the early 1990s. “The Past,” presented here, dates to this recent period in Tahir’s work, and evinces a concern with the passage of time: what changes, and what never seems to change.

Ghojimuhemmed Muhemmed, a poet of the same generation (b. 1971), occupies a somewhat different place in the Uyghur poetic scene. He began publishing poetry in 1990, while working in a cotton garment factory, and has kept up a remarkable literary pace in the last quarter-century, with work appearing regularly in nearly all major Uyghur-language literary journals. For the last ten years, he has worked at the Khotan City Bus Station. While Tahir Hamut was strongly influenced by Western poetry in Chinese translation, Ghojimuhemmed Muhemmed’s primary influences are predominantly Uyghur, and include both modern and premodern poetry. Comfortable in classical meter as well as free verse, Ghojimuhemmed draws deftly on the stylistic and thematic resources of both traditional and modernist poetry, and is therefore a difficult poet to classify. Some of his ghazals and other classically metered poems have a distinct modernist flavor, while his free verse can at times seem quite traditional in its themes. Ghojimuhemmed’s mastery of Uyghur poetic idiom allows him to play skillful variations on literary convention, often with poignant and powerful results. “Chronicle of an Execution,” one of his better-known works, is a grammatically innovative meditation on the timeless theme of war’s futility. Nearly every line ends in the accusative, with the subject of the sentence left unstated. The poem is comprised of images and thoughts that are offered, not explained, a technique which in Ghojimuhemmed’s hands charges the poem with a driving intensity.

By the turn of the twenty-first century, Uyghur modernism had matured into a complex movement with many streams and eddies. While modernist poetry itself is no longer controversial, some poets have staked out iconoclastic positions on the literary frontiers. In 2009, Osmanjan Muhemmed Pas’an announced the birth of the Nothingism (Héchnémizm) movement in a widely-circulated proclamation that touched off months of controversy in literary circles. While its exact principles remain subject to debate, Nothingism has nonetheless become a rallying point for a number of innovative and uncompromising young poets. Osmanjan, born 1981 in a village near Guma, remains one of the more prolific, and has published widely both online and in print journals. He lives in Ürümchi, where he works in publishing and bookselling. The poem included here, “Against Tradition,” is among his most ambitious, and probes at questions of knowledge, conformity, and community.

These three poems, by three of the most exciting poets working in Uyghur today, give a sense of the range and vibrancy of Uyghur modernist poetry. For thirty years, successive generations of modernists have pushed the limits of the possible in Uyghur poetry, and they show no signs of stopping.